Found this in the yard tonight. He’s been eating well all summer long! I thank him for his services and we released him to continue with his work. 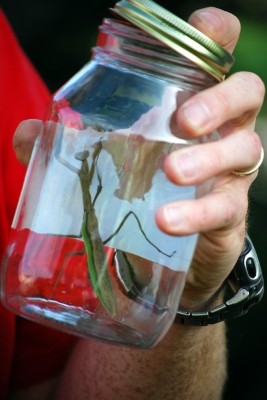 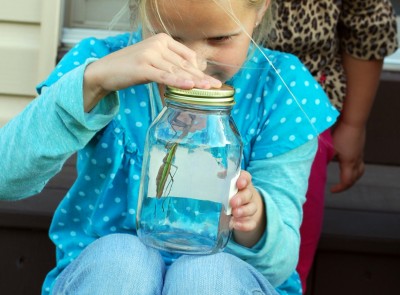 28 September 2012
Comments Off on Stage Fright

A few weeks ago a lady in the ward approached me about Tanner being in the middle school musical. I laughed it off and didn’t give it much thought. Tanner is a goof ball, but not really a performer. After many years of piano lessons it has become quite obvious that keeping time and rhythm is not a strong talent of Tanner’s, although, he is really good at making any piece of music sound like a funeral march, a really loud funeral march. So I didn’t give it another thought. A few days later, Danny approached me and asked if I thought Tanner should try out for the school musical. I looked at him like he had no head. He quickly moved on as well. Without much thought, I mentioned it to Tanner and the next thing I know the boy has landed a part with multiple solo’s. I asked him why he did this and he said he has stage fright and he’s decided he’s going to conquer his fear.

I’m still shaking my head at the whole turn of events. The play is Into the Woods, and Tanner is the Baker. He has a kissing scene and I can’t wait to see how this all turns out. I will be sure to record it–sink or swim, I’m sure he’ll learn something, I just hope it’s not to avoid all things drama or public performing in the future. 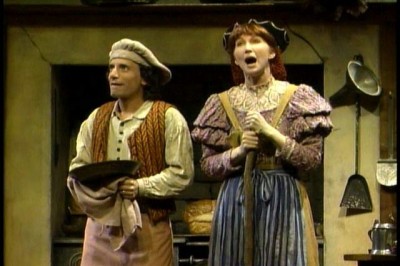 He did come home from practice the other day asking me if I thought his hair was soft. I felt his head and assured him that it was soft, not sure where this was coming from. I guess the girls have been rubbing his head and telling him he has soft hair. Maybe the boy is smarter than I give him credit for. Looks to me like he’s got middle school figured out. With all of that said, I’m pleased to announce that he’s off fishing tonight with his Dad and friends.

Fifi–the newest member of our family

Our Jazzy dog died about a year ago. We haven’t gotten a new pet yet, mostly because no one will commit to taking a dog out at 6:00am when it is 10 degrees below the big fat ZERO! Fences are not common in the mid-west, no more just opening the door and letting her out to go.

I agreed to get Aubrey a Hamster for her birthday. As much as I think paying money for  a rodent and keeping it as a pet is weird, I have been pleasantly surprised by this personable little creature. 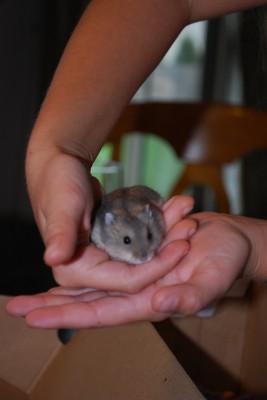 28 September 2012
Comments Off on Aubrey’s Baptism

Aubrey was baptized on her birthday, September 8, 2012. Grandma and Grandpa Titcomb came out from Utah and my sister and her family from Virginia were able to make the trip also. Aubrey asked her primary teacher give a talk on the Holy Ghost and her Aunt Eva gave a talk on Baptism. It was a beautiful morning and I’m proud of her decision. She’s a wonderful child, helpful and happy and her smile can light up a room.

She wore the same white dress that Grandma O’Barr sewed for Emma’s baptism. After the baptism we went to the Der Dutchman for lunch. She wanted a hamster for her birthday so Grandma Titcomb took her to the pet store to pick out her gift. 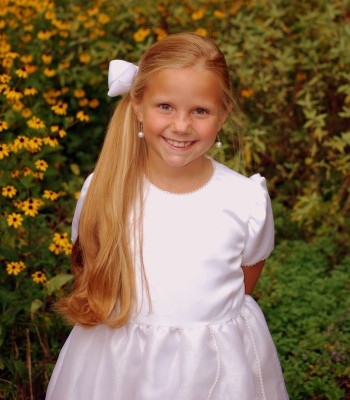 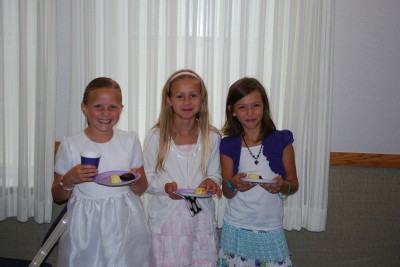 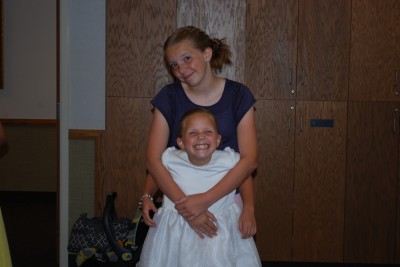 27 September 2012
Comments Off on The Glad Hatter

Awesome article about an awesome young man in our ward, Josh:

And you can’t forget his little brother, Spencer, one of my Deacons Quorum presidents and patrol leaders.