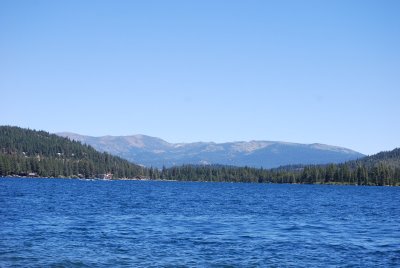 Many years ago Danny and I explored Donner Lake and the visitor center that is there. We have always loved the lake up there and have taken the kids a few times. The kids love to hear the story about the Donner party, but this is the first year that they really understood the desperation that these poor people were in. In the years past it’s been an “Ewww, they ate each other”, but it has grown into “can you imagine being so hungry that you would be able to do that”. We explained to them that the people involved were embarrassed by the whole thing and refused to ever talk about it afterward. I think Emma and Tanner understood the situation a whole lot better this year, there is definetly a reverent feeling about the place.

The visitor center has a museum and a self guided walk that shows cabin sites of the pioneers that stayed there, and has a large monument that shows the deepness of the snow that year. There are many stories of survival and as many sad stories as well. Maybe we’ll have to camp there next time. 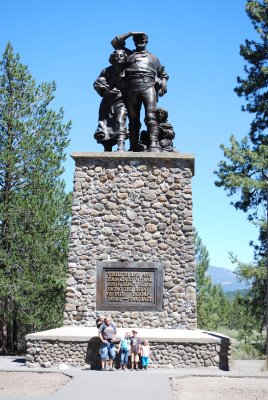 The top of the monument, not including the statues on top is the depth of the snow the year the Donner Party was stranded here. I believe it was 22 ft. 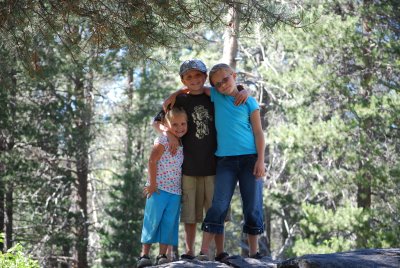 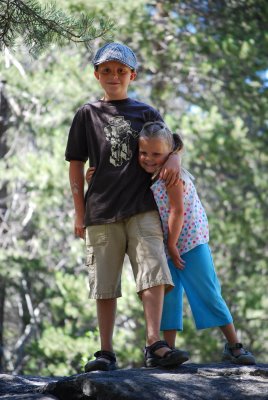 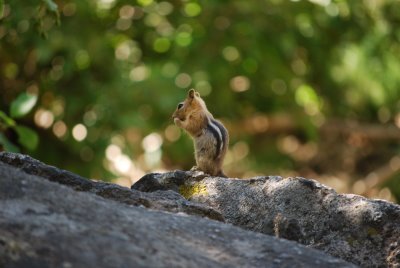 We went down to Donner Lake, and found a wonderful place to put a blanket and lay in the shade. The kids played in the water, this is a very cold lake, but it didn’t keep them out of the water. Lake Tahoe is known for it’s crystal clear water, and Tahoe is very clear, but Donner Lake might be even more so. I was amazed at the clarity of the water, we were standing out on a pier, and I could easily see the bottom of the lake 6 ft down. The water is cool and refreshing, and just gorgeous. We saw some really fun cabins on the lake, in my delusional world we own one…
We didn’t wear swim suits, our intent was not to swim, but everyone of us got in the water, the little girls didn’t even bother to leave their clothes on, but then again they are cuter then I am naked.
The lake was more crowded then I have ever seen it, and I think I have a theory as to why. Last year Lake Tahoe banned two cycle engines and I think they all moved over to Donner Lake. There were a lot of Wave Runners, and Jet Ski’s they looked like a lot of fun. I think I’ll have to look into a cabin rental it would be a close and easy vacation for the family. 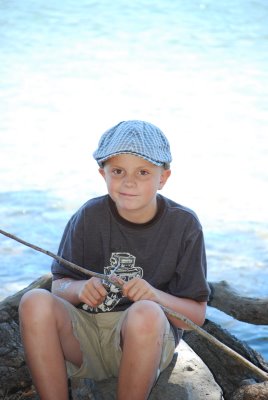 Tanner takes his pocket knife with him everywhere, he quickly found a stick to whittle on. 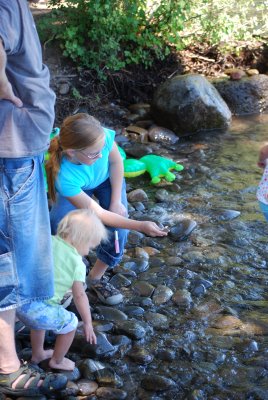 Emma skipped a couple of rocks. 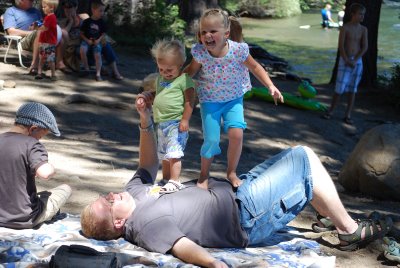 There was a little hopping on pop. 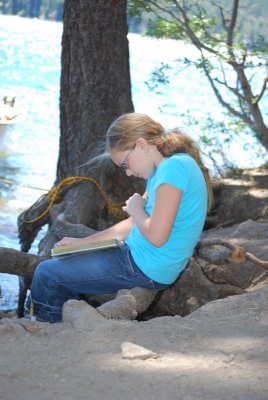 Of course there was some reading and relaxing, 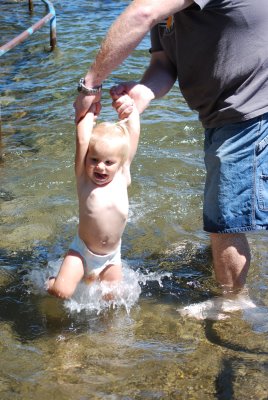 and plenty of playing in the water!

Gas and Chicken If you have daughters check this out!!!