No more school, no more books…

I think I’ve said enough about how I feel about the schools in Ohio, so I’ll spare further gushing for now.  The 5th graders head off to middle school and they went all-out with a celebration for the kids.  I was able to volunteer for the fun, and ran some of the games for the kids.  The last day of school started with us beading them (think Mardi-Gras).  Then out to the covered pavilion (yes a covered pavilion on the school grounds).  They had games and a catered lunch, a mime and a magician, sno-cones and Karaoke—there wasn’t much structure it was just a large party.  Then they had the promotion presentation where they got their certificates.  After all the fun and games they returned to their classroom for a few last moments with their teacher while the entire school lined the halls, and then the 5th graders parade up the halls and out the front doors while the entire school claps them out.  It was really quite intense, loud and quite the party.  The is the huggiest school I’ve ever seen, and everyone poured out to the front and proceeded to hug each other good bye.  It was so crowded I had a hard time getting any good pictures, I’ll share what I have. 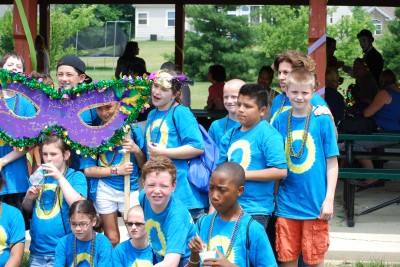 Tanner with his teacher, Mrs. Spragg, and part of his class 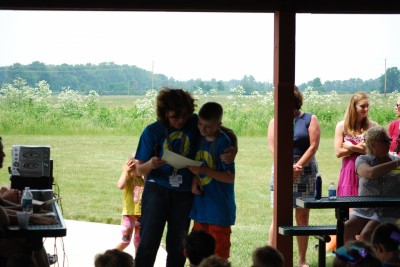 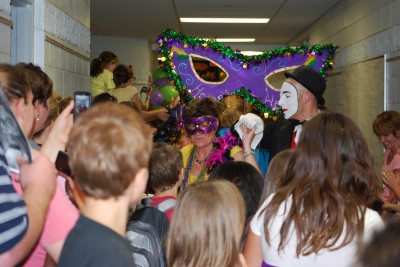 Principal was escorted out by the Mime. The 5th graders followed, you can see how crowded it was.  Imagine all of these people clapping  for the 5th graders. 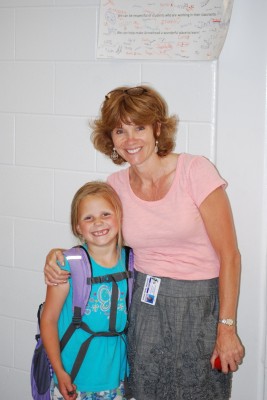 Aubrey and her teacher Mrs. Hess