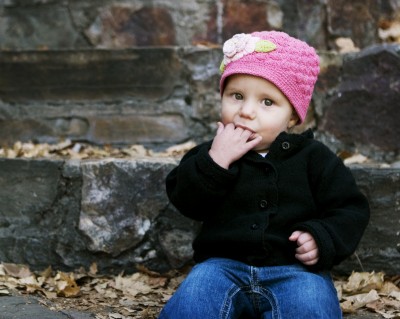 From day 1 Alyssa has been a finger sucker.  I tried every pacifier on the market to try and convince her that sucking her fingers was a bad idea, I finally gave up and embraced my little finger sucker.  She has always been so quiet, and content, and easy, if she got upset she just sucked her fingers.  I admit, I could see a good side to this self soothing thing.

I wasn’t sure how I was going to break her of the habit, and worried about it.  After some research I decided to see if it wouldn’t just solve itself.  When she turned 3 she showed no sign of slowing so I decided to just try one time to see if we could break the habit.  She was excited about it, and wanted to stop and was all game to try.  I painted some of that nasty tasting finger stuff on her fingers and that was the end of the story.  She must of been more than ready to give up the habit because it took only that one day, and she hasn’t gone back. I’ve been waiting to make this post to see if it would last but we are more than a month clean of finger sucking, I’m declaring a victory.

Now one might thing that I would be overjoyed over this, and I am.  But, this great success has come with some odd side effects.  Alyssa, my quiet sweet little princess is not so… hmmm, QUIET any more.  Yack, yack, yack, all the time and opinionated too.  She has also become a hazard to take out.  Before I could barely get her to talk to other people, now she looks for all opportunities to ask strangers questions.  A few weeks ago we were getting the van fixed, and we had to wait for a couple of hours at the dealership.  She had quite the smorgasbord of people to torment.  I purposely sat away from the lady without teeth, then there was the lady with the giant snake tattooed in between her bosom, so we sat next to a grandma.  Then the grandma spoke, and was obviously a smoker.  So Alyssa pipes up, “are you a boy or a girl?”  Oy!  Then she asks her where her daddy is.  The lady goes on to tell her that her Daddy got into a wreck and the car hit him so hard that his head was knocked all the way off his shoulders and onto the floor.  Hmmm, tattoo snake lady is looking like the safer choice.  I offered Alyssa some crayons and paper that the dealership had out.  They had those cheap crayons that don’t work, and Alyssa decided someone in charge needed to know.  She marched right up to the gentleman behind the desk and asked him to make the crayons work, and wanted to know why they had crayons that didn’t work.  He was a good sport about it.  I think they moved my car to the front of the line, because we were out of there in seconds after this.

I’m proud of my big girl, and as awkward as some of her talking has become I’m happy to see my little turtle come out of her shell.  Although I might, maybe miss, just a little bit, the “I’m mad so I’m going to my room to suck my fingers” response to things.  I love this being a mother thing. 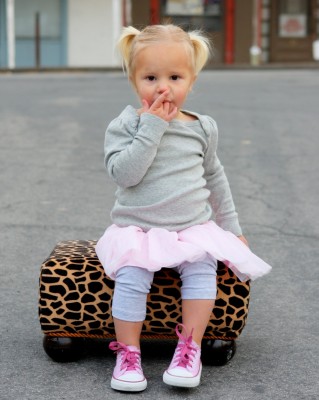 2 Comments to “My Big Girl”