Home » Uncategorized » A much better weekend

A much better weekend 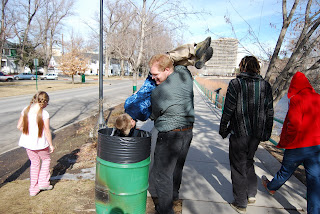 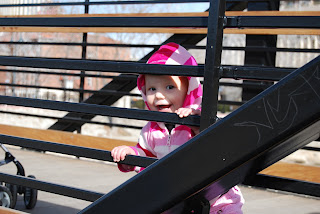 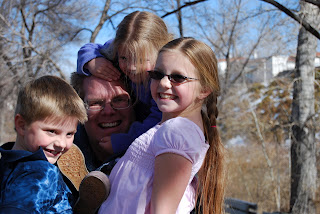 Last weekend we were all ill, and the weather was well less than desirable. This weekend we had temperatures in the high 50’s and just knew we needed to get out and play. We made plans to drive to a hiking area in Reno called Galena. When we got there, it was completely covered in snow, elevation wise it isn’t very high, so we thought we’d be safe, but the snow was easily 4 feet deep. The kids wanted to play in it, but we were dressed for sun not snow so we had to find somewhere else. We remembered that Reno has a river walk, and so off we went. Danny and I haven’t been to down town Reno since we had Tanner so it’s been a while. We parked at a park called Idlewild and we set off to down town which was about 1.5 miles away. There were the occasional homeless person, but overall it was lots of fun.
We ate lunch at a Mexican restaurant in down town Reno. After that we headed back to the car. We let the kids play a lot along the way, and there were many bridges we had to cross. At one crossing channel 4 news was there talking to people about playing in the sun after all of the snow that we had. They talked with the kids, surprisingly the kids were really shy, even Aubrey who I think will tell anyone just about anything, she even told one person where Alyssa came from, that was a little awkward, but she wouldn’t even look at the T.V. people. I guess kids can be unpredictable. We’ll have to check the news tonight and see if we are on it. The rest of the day was spent playing at a local park, and then shopping at Costco, Trader Joe’s and watching a movie. I think we all got some much needed sunshine.