Another weekend has come and gone. I’m always a little sad on Sunday nights, knowing that my children are going back to school and Danny is going back to work. We had another good weekend. I think that the kids are catching on to my “get things done” regimen. Saturday morning the kids were up at 6:00 like normal, and we let them hang out in bed with us until 7:00 then I asked that the kids get their rooms clean. I’m not just talking picked up, I’m talking clean. I went in with Tanner and helped him out, Emma was able to take care of her and Aubrey’s room pretty much by herself, then Danny and I tackled the kitchen and the master bath. I even cleaned my tubs jets. Then it was off to Tanner’s soccer game, which they won!-good job Tan. I stayed home from this game so that Alyssa could catch a nap before the days activities, and I worked on my calling so that I wouldn’t be worried about that during the day. They called the game early because it was nearly 100 degrees and they were worried about the kids.
We took off for Grover Hot Springs which is about 20 miles over the California border. The California border is the line between ugly and beautiful. They were nice and gave us a small chunk of Lake Tahoe, but it’s mostly on the line of desert and trees/mountains, with the trees and mountains on the California side. The hot springs are pretty warm, but Alyssa didn’t want anything to do with the cool pool, so I stayed in the hot pool with her. The other kids ran between the two pool, it was so nice.

When we were waiting to get in a lady told us about a hike to a waterfall, I’m such a sucker for waterfalls, I love them, and knew I wouldn’t be able to leave without seeing the waterfall. So off we went. What the lady neglected to tell us is that you have to climb rocks, lots of large granite rocks to get to the falls, it was worth every climb though. Unfortunately the kids weren’t in climbing shoes, so they hiked the 3 miles in flip flops, there was a little whining coming down, but they were awesome.

We climbed to the top of the waterfall hoping to find a pool to swim in, but the water was running too fast to get in, there were lots of lizards hiding in the rocks, and the temperature was perfect, so it was worth the hike, it’s something I’d like to do again in proper shoes so that we can explore a little more.

Of course I took pictures, the mineral water is a lovely (gross) color, and at first I didn’t want to get in. When I went with my parents to Alaska in the motor home with the kids we stopped at some hot springs in Canada that we hiked to, and it was in the middle of a river, they were so much fun, no cement pool, just wade into the river, but the smell was like finding an easter egg three weeks after it was hidden. Grover Hot Springs didn’t stink, but I enjoy the river setting over the created pool setting.

So here are a few pictures, sorry I deleted the ones of me in a swim suit, maybe another time… yeah right. 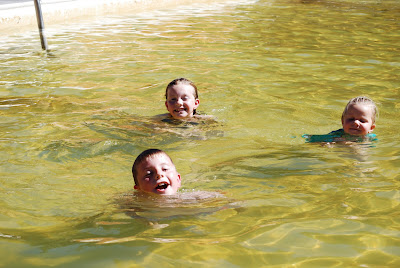 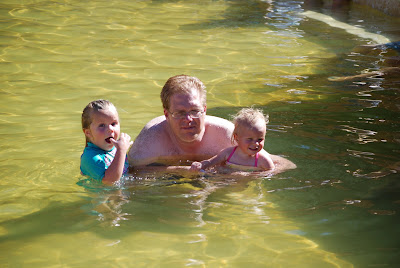 Top part of the waterfall 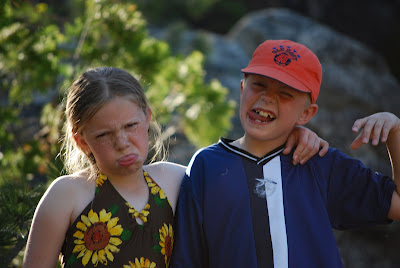 Emma was mad at Tanner because he wouldn’t put on a decent face for a picture, so I told her to join him! 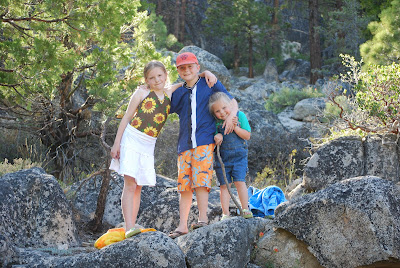 One Comments to “Hot Springs!”

What Happened… Moments of Cute