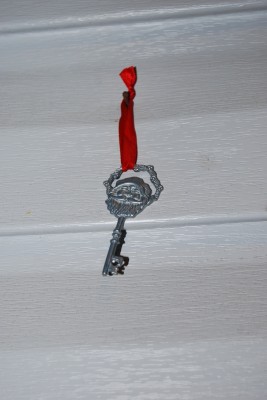 We took Alyssa out for breakfast on her birthday, it’s become tradition that the birthday child gets a date out with Mom and Dad alone.  On our way into the restaurant we ran into a man and his wife, and he just happened to look just like Santa.  Alyssa froze in her tracks, and he could sense her starring at him so he turned around and came back and talked with her.  She told him it was her birthday and he reached in his pocket and pulled out a magic key and handed it to her.  The key was to let him into her home on Christmas Eve because we don’t have a chimney.  Here’s the magic part, we didn’t set this up and we don’t have a chimney and the kids had already expressed their concern.  The key is hanging outside our door right now, just waiting for Santa, and I have a 4 and 6 year old tucked into bed, still believing in the magic.

Our first Christmas Eve in Ohio was spent with new friends.  The children, 22 of them put on a production of the Nativity starting with Samuel the Lamanite.  We had finger foods, and great conversations.  On our way home it was just starting to snow.  We rushed home to open some new Christmas Jammies, and open the name exchange in our family.  It is my family tradition to open presents on Christmas Eve, and this is how we have continued this tradition.  Everyone is tucked into bed, and Danny and I are just cleaning up and getting ready for Santa to make his appearance. 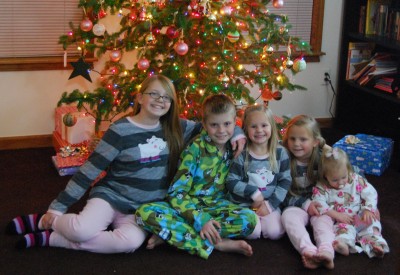 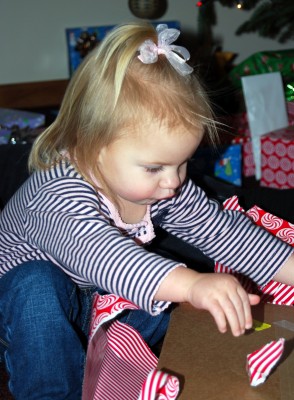 One Comments to “Santa Key”